former VP of Product at Netflix 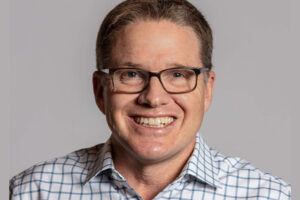 From strategy to decision in an agile world

Gibson Biddle teaches graduate-level entrepreneurship and product management courses at Stanford and is an adviser to a half-dozen Silicon Valley startups. He also gives product leadership talks and workshops around the world.

Gib began his career as a producer at Electronic Arts, then sold his first startup, Creative Wonders, to The Learning Company (TLC). He helped TLC, an educational software company to grow, then sold the company to Mattel for $3.5B. In 2005, Gib joined Netflix as VP of Product and in 2007, launched the video streaming service that more than 140 million members know and love today.

In 2010, Gib joined his next startup, Chegg. Chegg has helped students save nearly a billion dollars by enabling students to rent textbooks instead of buying them. In 2012, Gib launched “Chegg Study,” a monthly homework help service that millions of students use each year to save time, save money, and get smarter. Chegg went public in 2013 and now has a market cap of $4.5B.